Gherkin for the Raspberry Pi Pico

Gherkin PCB built specifically for the Raspberry Pi Pico. It has the option of soldering switches directly to the PCB or use sockets. The shape of the PCB and the position of the switches and screw holes are the same as the regular Gherkin, it can use the same top an bottom plates. 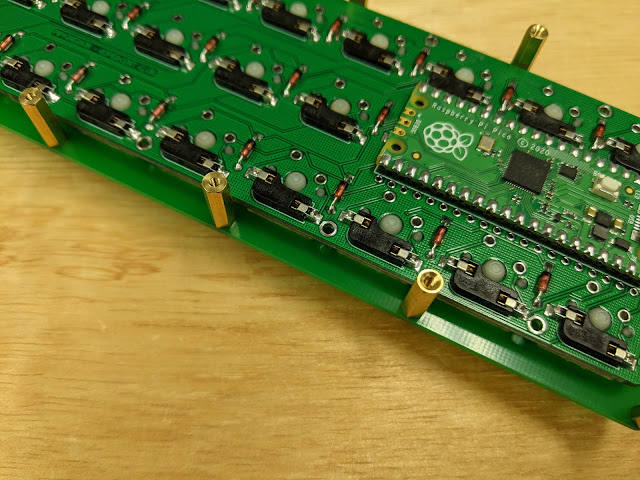 I don't really like these sockets, but they are cheap and I won't have to buy as many switches. If you buy in bulk you can get them for as low as $0.08 per piece. That is 1/3 the cost of the cheapest MX switches.

The PCB has the normal solder pads for MX switches in one orientation and the sockets in the other. 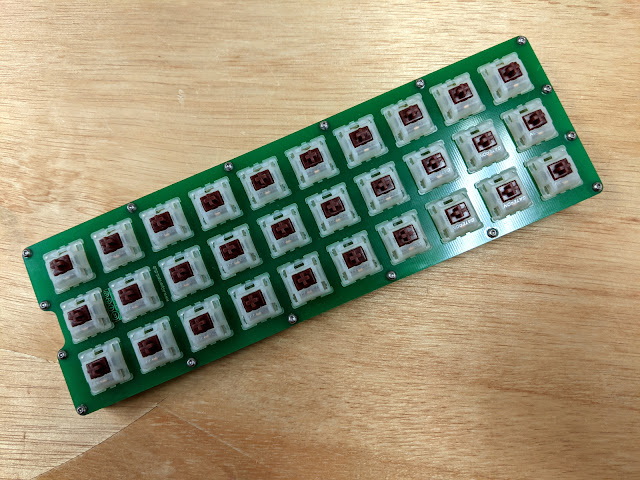 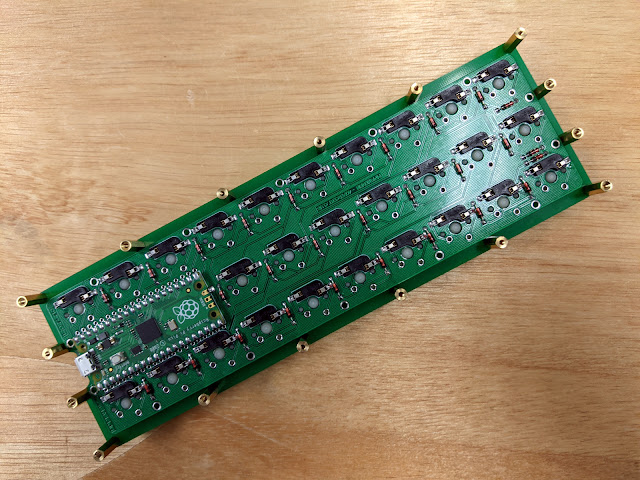 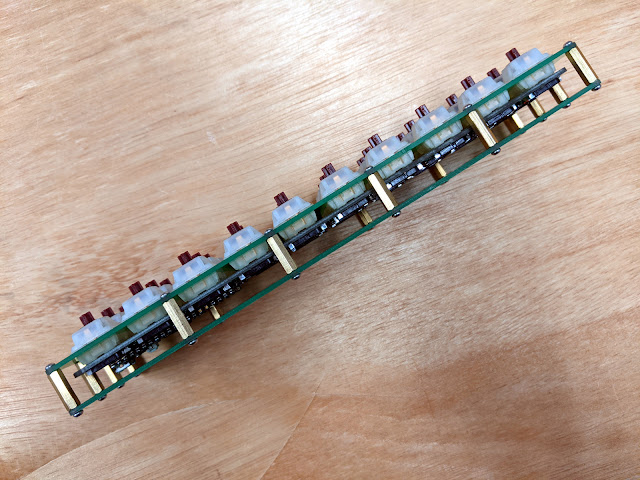 I used 13mm M2 spacers, 12mm should also be enough to clear the USB connector on the Raspberry Pi Pico. 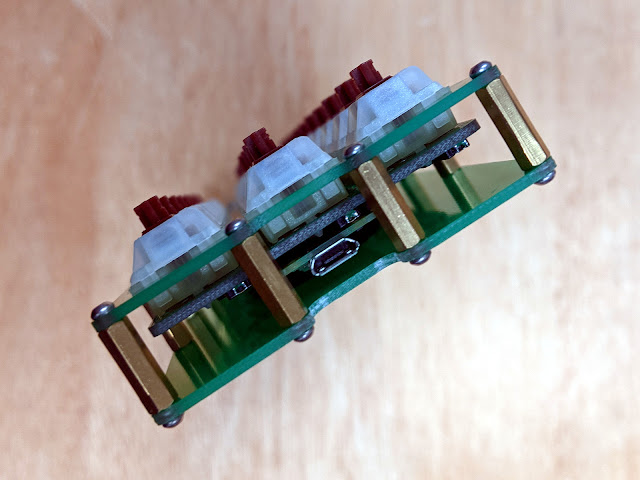 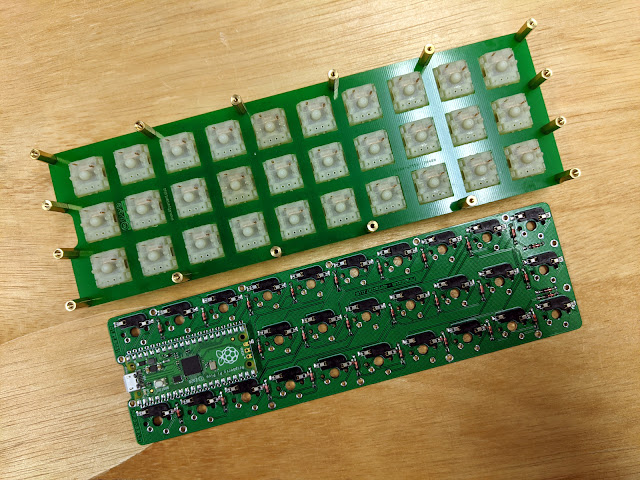 Separated, switches can now be used in something else. 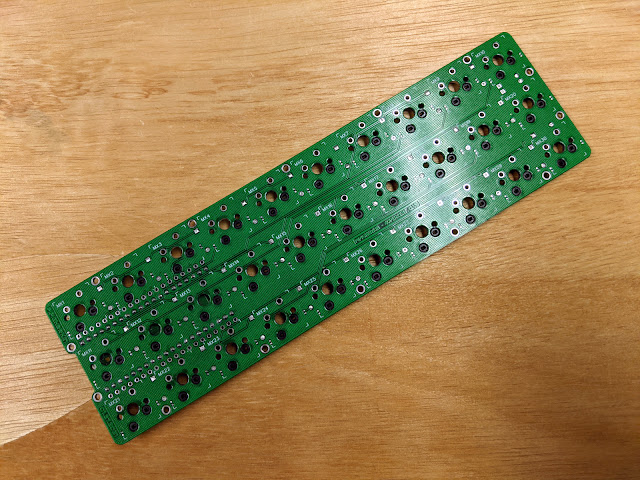 All of the pins on the Raspberry Pi Pico are broken out to pads. The pins used for the matrix are listed here, the rest can be used for other things. 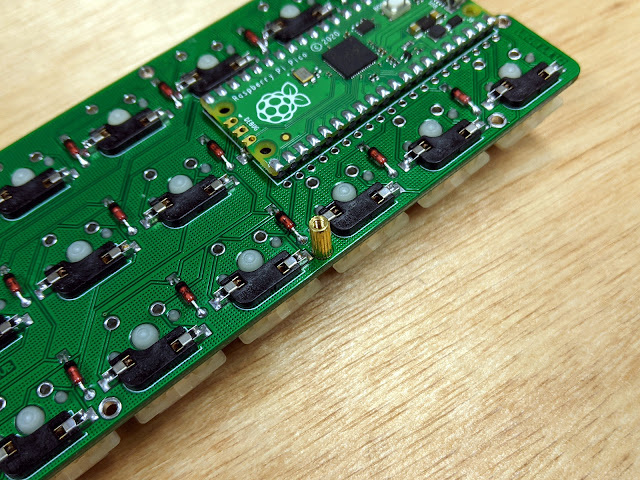 It is possible to construct it plateless. The pads for the sockets come very close but do not touch regular cheap M2 spacers. 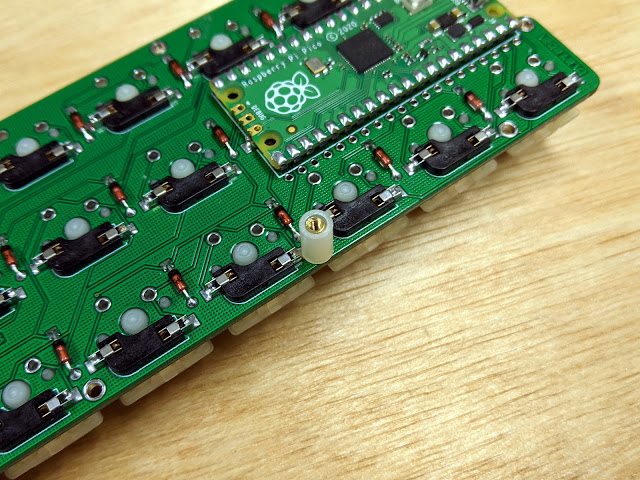 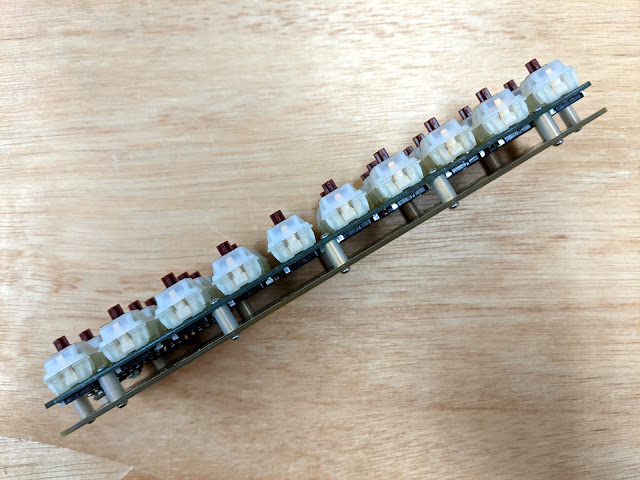 Plateless works with PCB mount switches. There isn't much holding the switches in place other than the friction fit of the PCB mount pins and the sockets. 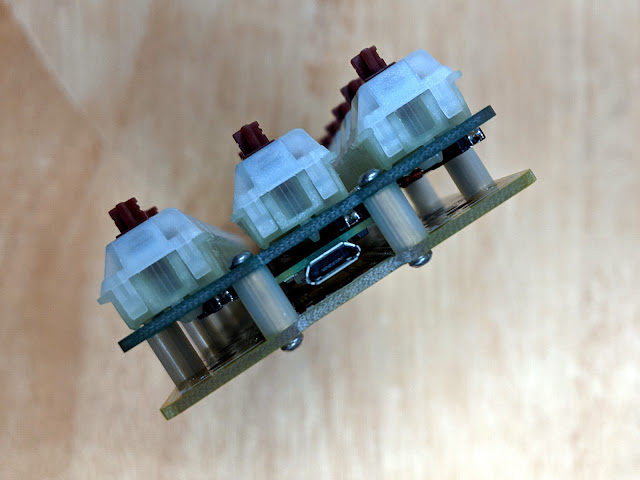 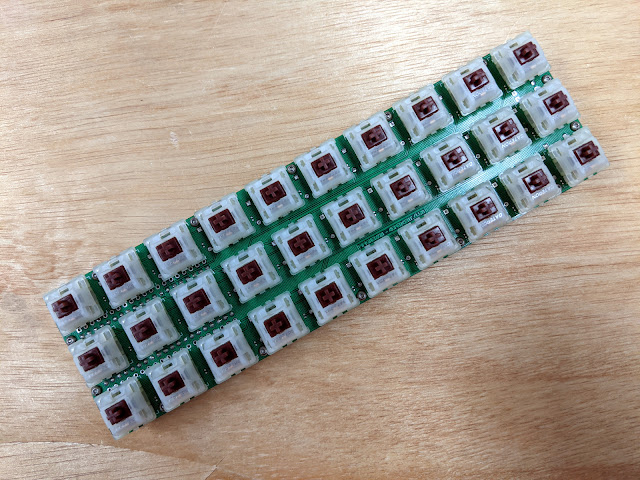 This is running KMK with this config file. The current release version of KMK will need the led.py file modified as described here.