Works like the original. The power on/off (FN+F10), and the LEDs. 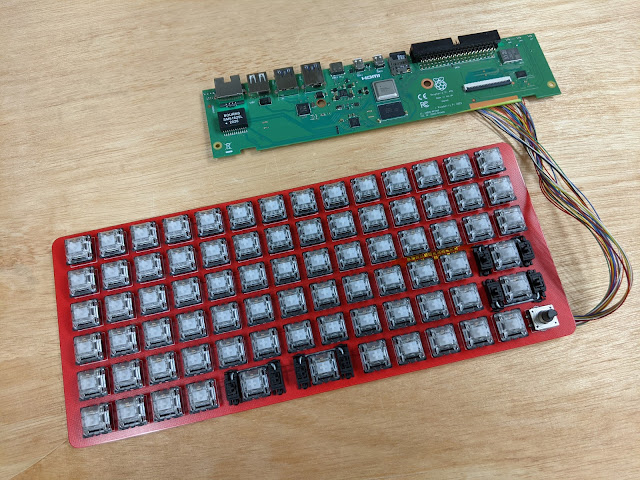 The keyboard is a grid layout. All keys on the original Pi 400 keyboard are represented. The space bar is duplicated as two 2U keys. 4U space bars are uncommon. The Return and Right Shift keys are also 2U.

I also added a rotary encoder. It is a EC12 type. EC11 should also fit.

Since there is no plate, the switches are PCB mount Gateron clears. These are light linear switches. Gateron PCB mount switches fit very snug in these PCB mount holes, other brands are much looser. The 2U PCB mount stabilizers are standard Cherry ones. 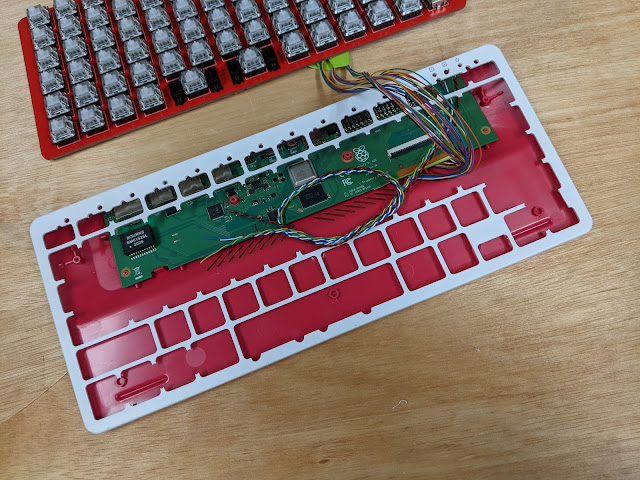 Most of the plastic from the center of the top part of the case was removed. Holes were drilled and notches ground to accommodate the switch pins on the top row and the clips on the stabilizers on the bottom row. 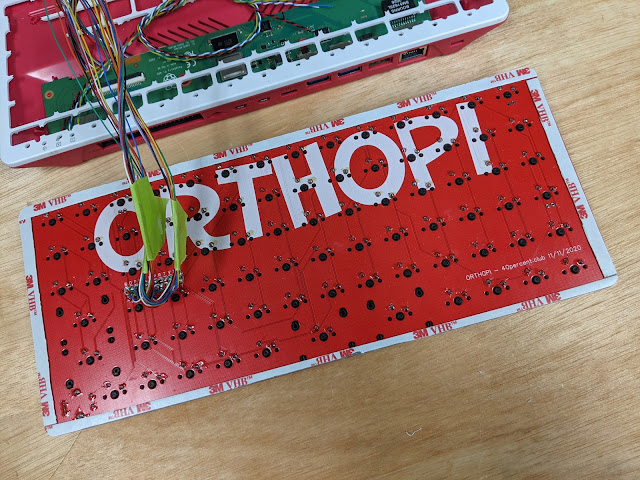 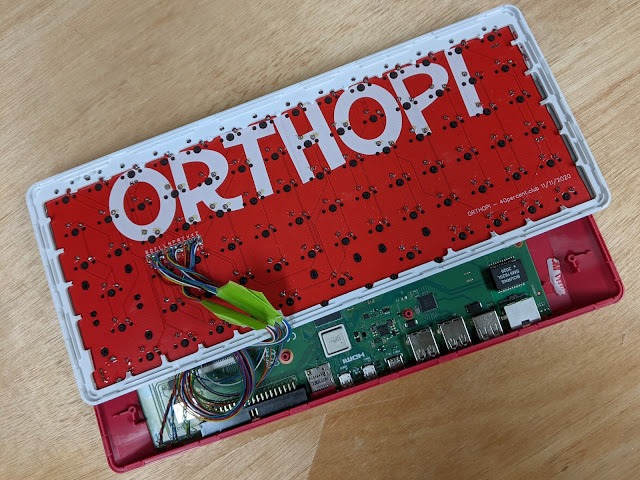 PCB stuck to top plastic case. I ended up removing all the remaining plastic, leaving only the edges. 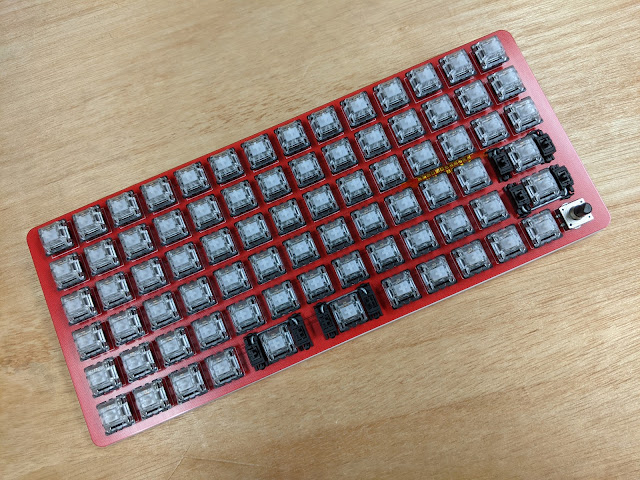 Assembled. The VHB tape is very strong. It is still easy to separate the top half of the case from the bottom. 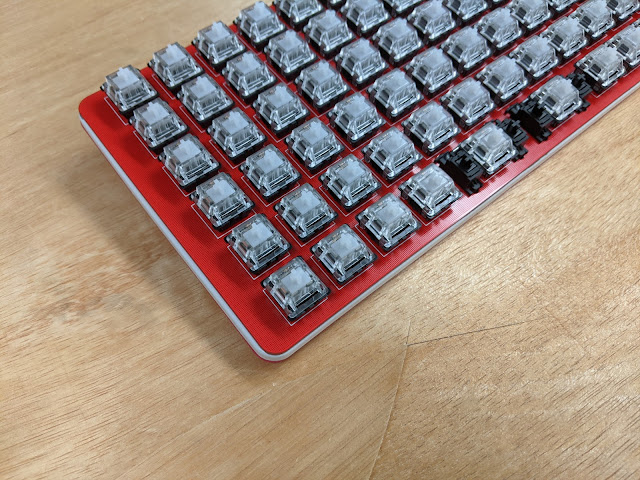 The PCB is a little smaller than the case top. 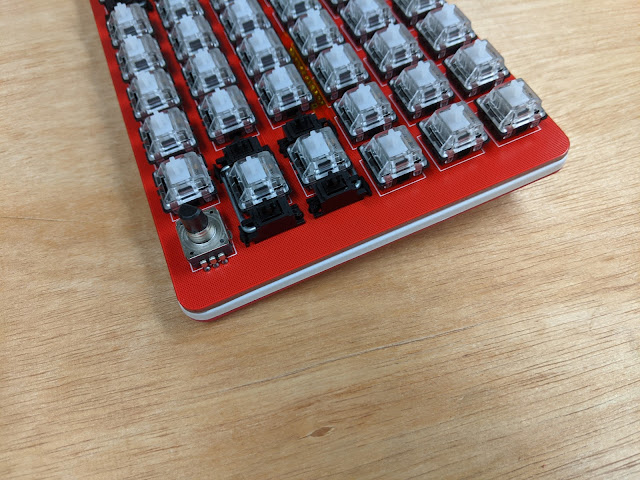 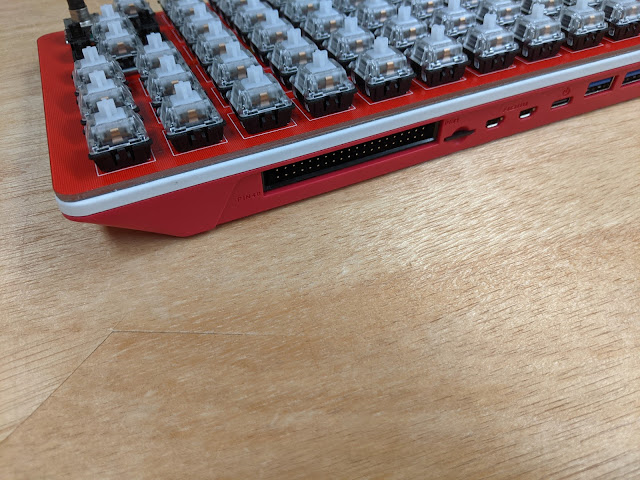 The PCB ended up very slightly crooked on the case. Removing the VHB tape is a major effort and not worth it to do over. 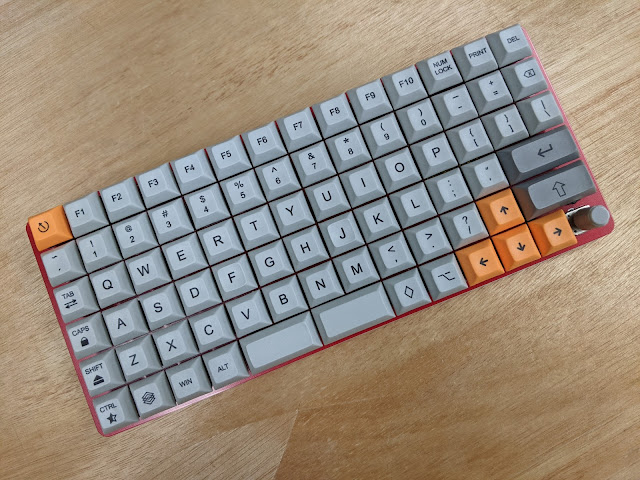 DSA style keycaps from a cheap ortholinear set from Amazon. It had most of the keys needed. There were only one CTRL and ALT keycaps so I used the symbol ones for the right CTRL and right ALT. Also there was only two 2U key caps, one convex (rounded) and one concave top, I used these for the space bars. The 2U Return and right Shift are from the Lepton set I bought a long time ago. 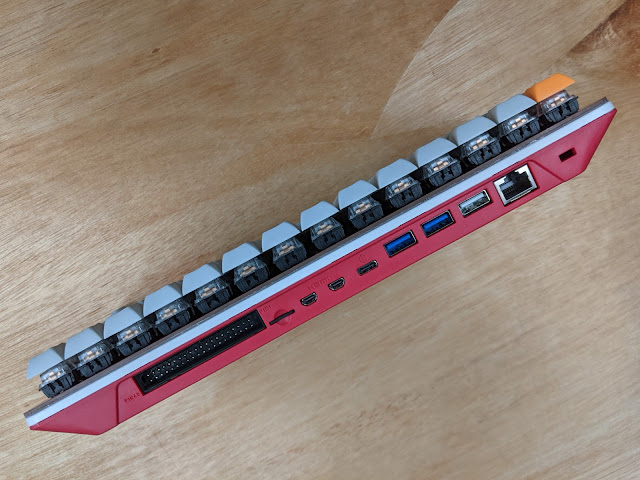 The switches/keycaps double the height of the Pi 400. 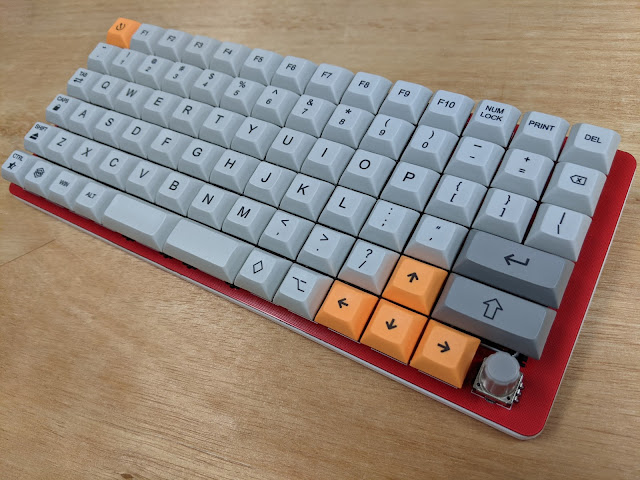 You can see the PCB is stuck to the case slightly crooked. 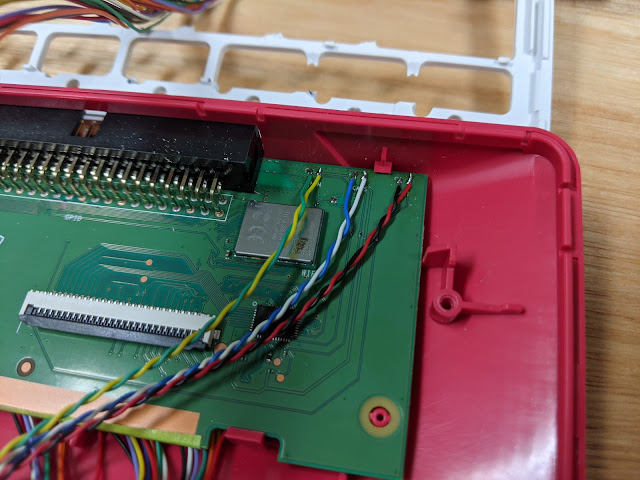 I removed the status LEDs and soldered 30awg wires to the pads. Cathode on the left, anode to the right. 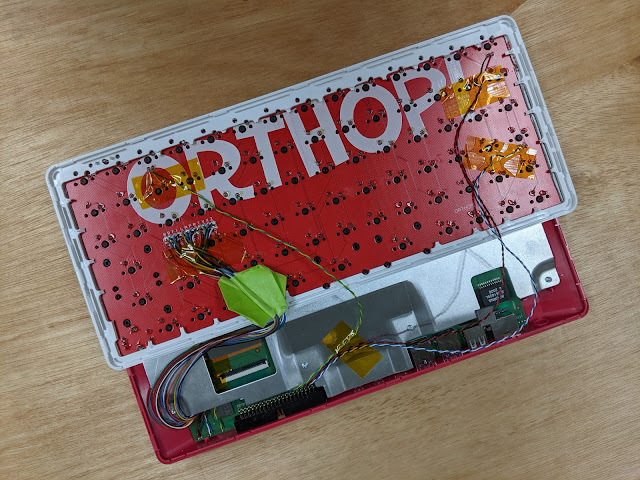 The Capslock, Numlock and Esc key switches have pads for LEDs. I soldered the 30awg wires directly to the LED pins.

The PCB footprint for those LED switches is very slightly off center from the rest of the switches. It does not make a difference with PCB mount switches, but a plate might have slight alignment problems. 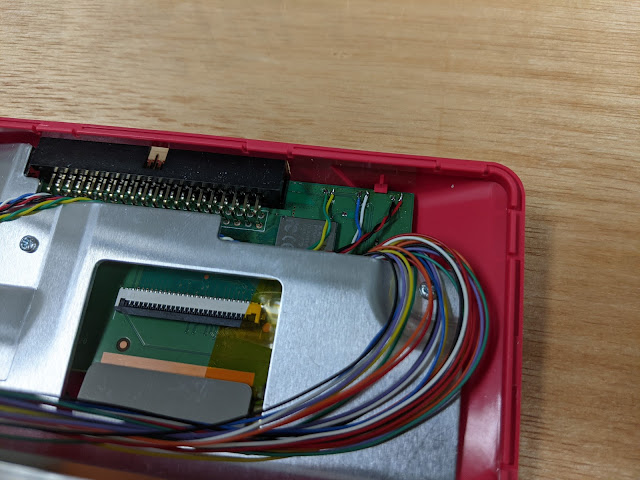 Routing the wires is the most tedious part. There is quite a lot of space between the heatsink and PCB, but there are some pinch points that you want to avoid. 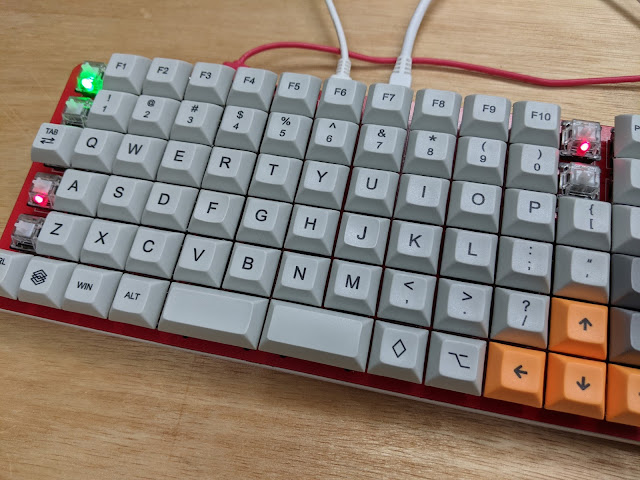 LEDs functioning. The Power LED is much brighter than the Capslock and Numlock. It may just be the cheap 3mm LEDs I am using.

The only thing left to do is to connect the rotary encoder to the GPIO pins. These will have to be manually wired like the LEDs.

The PCB should also be grounded like the original one was (conductive foam pad near Ethernet port). The two mounting lugs on the rotary encoder are connected to the ground plane on the PCB. A drain wire from there to a suitable ground point should work.